FIU's Chaplin School of Hospitality & Tourism Management has named Brian Connors director of the Bacardi Center of Excellence, a one-of-a-kind educational partnership between the FIU hospitality school and Bacardi USA.

The Bacardi Center of Excellence offers the only spirits management curriculum of its kind in the country for students interested in a career in the spirits industry.

Connors has served as the center’s interim director since its creation. Under his leadership, the Bacardi Center of Excellence launched the Spirits Management major in fall 2020, with classes such as Beverage Law and Beverage Marketing. All the new courses this spring will be taught in the newly unveiled Bacardi Center of Excellence classroom located on the first floor of the Chaplin School's Southern Wine and Spirits Beverage Management Center.

“It's an honor to be leading this unique partnership between FIU hospitality and Bacardi,” Connors said. “Our goal is to make the Bacardi Center of Excellence the premiere learning and research center in hospitality industry education.”

Connors’ appointment to the Bacardi Center of Excellence is a result of an educational partnership created after Bacardi USA made a $5 million-dollar gift to the Chaplin School in February.

“We are amazed at the great opportunities Professor Connors has created so far for the Bacardi Center of Excellence,” said Michael Cheng, dean of the Chaplin School. “He is putting our new program on the map and creating a path to success for future leaders in the industry.”

In addition to the curriculum, Connors spearheaded a collaborative-learning platform called BacardiTeach. The online series offers micro-credentials, certifications, and advanced learning opportunities for beverage professionals and individuals wanting to learn more about the global spirits world. To date, over 2,000 people have signed up and earned badges through the program.

Connors is a teaching assistant professor at the Chaplin School and works directly with industry and academia to create innovative solutions for operational training, concept development and educational resources. He served as a wine and beverage consultant for Celebrity Cruises, a professor with Johnson & Wales University, and a consultant to independent and multi-unit restaurant groups, hotels, resorts, entertainment venues, private city and country clubs, retailers of natural and organic goods, hospitality REITs, and the mega yacht industry. He has developed nationally recognized, award-winning wine and beverage programs, and has appeared on the Travel Channel’s “Trip of a Lifetime,” as well as on national television and in print media features.

Connors has a master’s degree from the Rosen College of Hospitality Management at the University of Central Florida, and a bachelor’s degree from the School of Hotel Administration at Cornell University. He also earned his culinary degree from Johnson & Wales University, trained for his sommelier certification at the Culinary Institute of America in Napa Valley and is certified by the Court of Master Sommeliers.  He is also a Certified Specialist of Wine (CSW) through the Society of Wine Educators, International Bordeaux Wine Educator (IBWE) through The Bordeaux Wine Trade Council (CIVB) and a Certified Hospitality Educator (CHE) according to standards achieved through the Educational Institute of the American Hotel and Lodging Association. 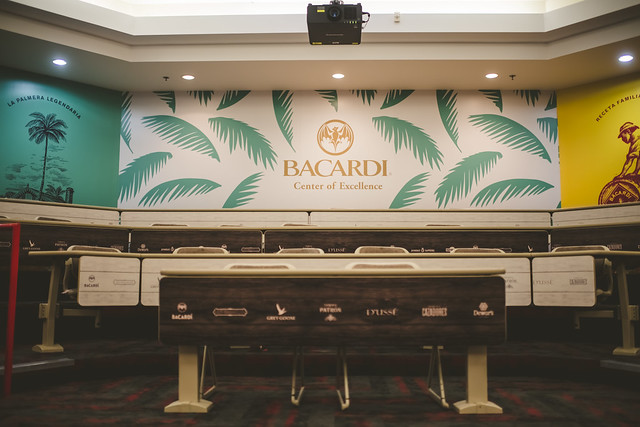