2020 summer graduates showed their Panther spirit during FIU’s first Commencement Caravan. More than 500 graduates decked out their cars in blue and gold and drove into campus to celebrate with Roary and pick up special commencement goodie bags that included a souvenir tassel and FIU swag.

The caravan’s most spirited vehicles are up for prizes that include a Herff Jones class ring, a diploma frame donated by Barnes and Noble and five general admission tickets to a future traditional ceremony. 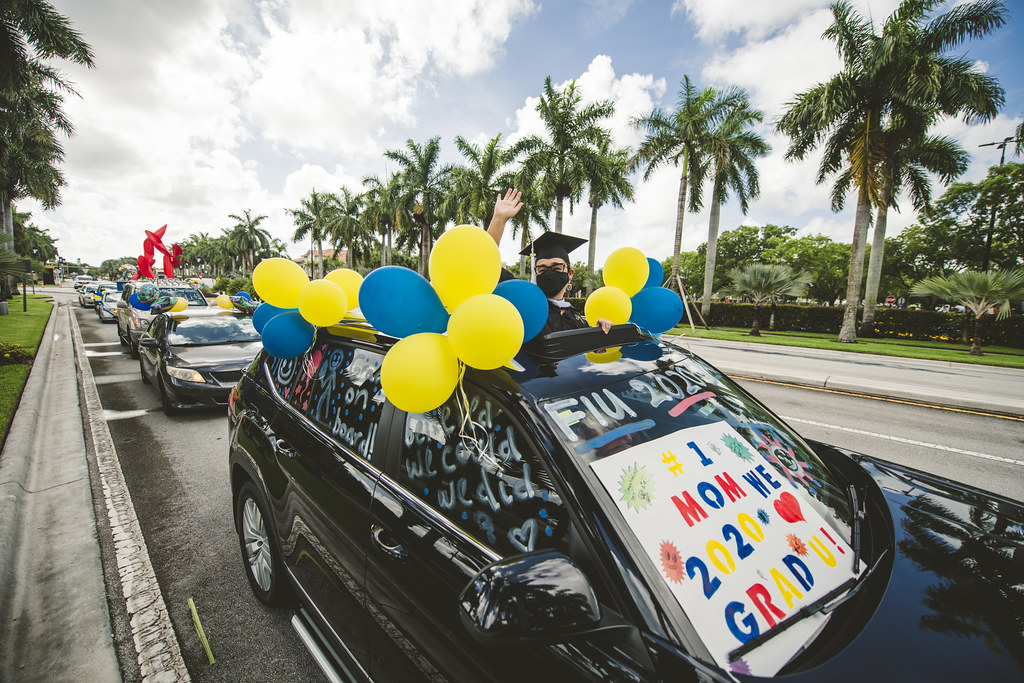 Voting is open now through 11:45 p.m. on Tuesday, July 28.  Winners will be announced on the FIU Social media accounts on Wednesday morning.

Also leading up to Sunday’s virtual commencement, FIU social media platforms have been posting TikTok challenges that encourage graduates to create video duets that will make it appear like the cap is handed over by Roary or that President Rosenberg gives the graduate their diploma.

Graduates can also download several Instagram filters including a virtual grad cap and one that allows students to take selfies with campus backgrounds.

These celebrations will culminate when 4,500 graduates cross the virtual commencement stage at 2 p.m. on Sunday, August 2 p.m.