Christian Lopes wasn’t supposed to join a 52-day journey to study the Indian Ocean, but a chance opportunity landed him a spot aboard the Marion Dufresne.

In January, he embarked on the research cruise to assist with research that was not his own. The following two months were surreal. Time passed strangely. As the internet signal grew weaker, the rest of the world faded away, quieted. The Marion Dufresne became its own sort of world. In that world, there was one constant, a steadying force — research.

The Marion Dufresne’s journey was part of GEOTRACES — a global program focused on measuring and mapping the geochemistry of the world’s oceans. The massive French research ship, which normally brings food, water and other supplies to the islands, is designed to cut through even the worst storms with a deck that rises 26 feet above the sea. But this time, the ship stayed at sea following a circular loop.

It departed La Réunion, a small French island located off the eastern coast of Madagascar, traveling down past the Antarctic where glaciers jut up from the sea and penguins huddle along the shoreline, and then back again to La Réunion.

Lopes — a graduate student in FIU’s NSF-funded CREST Center for Aquatic Chemistry and the Environment — normally spends his time studying seagrasses’ role on carbon fluctuations. He works with James Fourqurean, professor of biological sciences and director of the FIU Institute of Envrionment's Coastlines and Oceans Division.

David Kadko was the one meant to be on the South Indian Ocean GEOTRACES trip. A professor and associate director of FIU’s Applied Research Center, Kadko was the chief scientist and lead principal investigator of the U.S. GEOTRACES team and led the U.S. Arctic expedition in 2015.

Shortly before the 53-person research team was set to depart La Réunion, though, Kadko fell ill and was unable to travel.

Funded by an NSF-proposal, Kadko didn’t want to lose the opportunity to describe the atmospheric input of trace elements in the Indian Ocean. He sought recommendations from his colleagues in the FIU Institute of Environment.

When Lopes learned about the opportunity from Kadko, he says he was very intrigued but — not being an oceanographer — wasn’t sure he was the right fit. Then, he noticed something. The equations Kadko uses to measure fluxes in the ocean are the same as those he uses in his own work to measure CO2 fluxes. It was enough to convince Lopes to seize the once-in-a-lifetime opportunity.

“There was a lot of cooperation and teamwork that made this happen. A lot of people really stepped up to the plate,” Kadko said.

Lopes took an international flight to Paris, then another to La Réunion. After two days and three nights of quarantine, he boarded the Marion Dufresne. It would be the longest he’d ever been away from home.

Lopes was responsible for collecting samples that would help determine the flux all-important trace elements into the ocean. The samples all came from specific areas that followed rain patterns. The samples were collected by pumping 800 gallons of seawater through special mesh filters.

“Ship time is work time,” Lopes said. “You’re working through the entire duration of the trip. It doesn’t matter whether it’s the middle of the night and you’re sleeping or you’re in the dining hall eating a meal — you’re still working if you get the call to work.”

That call often came at any time. Three or four in the morning. Dawn or dusk. The hands of the clock didn’t matter. The ship’s location determined when the team worked.

Measuring the concentrations in the samples, though, was not possible on the ship because it required specialized equipment. That meant Lopes was responsible for getting the 200 samples back to Kadko's lab in Miami. He packed them in a large duffel bag and checked them with his luggage at the airport. A stressful experience, to say the least.

The scientists worked hard. They also made time to relax and unwind.

Lopes recalls one night of salsa dancing when one of the researchers told them they had to go outside. Green streaks of light were smeared across the sky — the aurora australis. For hours, Lopes and the others stood on the deck staring up at the sky.

“One thing that stuck out about science community I got to meet — who are a part of GEOTRACES — is that everyone is very well connected, they are a really tightknit group and are extremely supportive,” Lopes said. “It doesn’t matter what flag they are associated with, everyone has a common goal of understanding how the ocean works.”

This tight knit community welcomed Lopes with open arms. The other scientists were always willing to help him with the problems and questions he encounters in his work — those big, unknown questions that linger in his field. They discussed it amongst one another. When they didn’t know an answer, they offered to reach out to other scientists in the GEORTACES community for advice. Lopes never expected that level of openness and support. But, as they told him, Lopes was part of the team now. He was a part of the GEOTRACES family.

Lopes returned to Miami in March. Today, he’s back in the lab, working with a renewed focus and intensity. He doesn’t think he will be going on anymore research cruises anytime soon. But, if the French team ever invited him back on one of the expeditions in the future, Lopes said he would be there in a heartbeat. 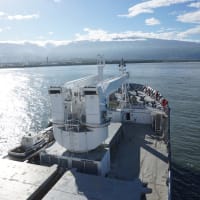 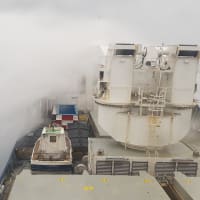 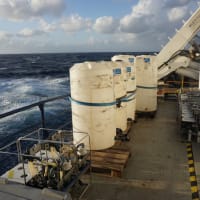 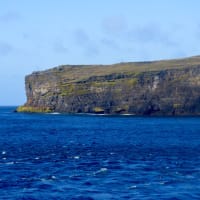 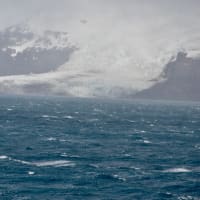 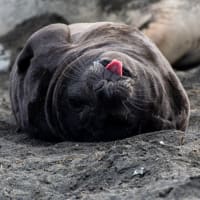 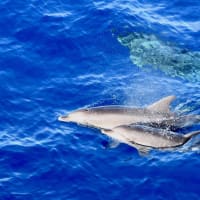 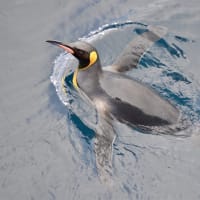