As women’s presence in corporate boardrooms increases slowly, many are bringing innovation to firms’ business strategy and allocation of resources, looking at things differently and showing a willingness to take risks, new research from FIU Business reveals.

“They contribute novel strategies by reconfiguring the firm’s assets and resources in unique ways such as through advertising intensity, research and development pathways or financial leverage design,” Pissaris says. 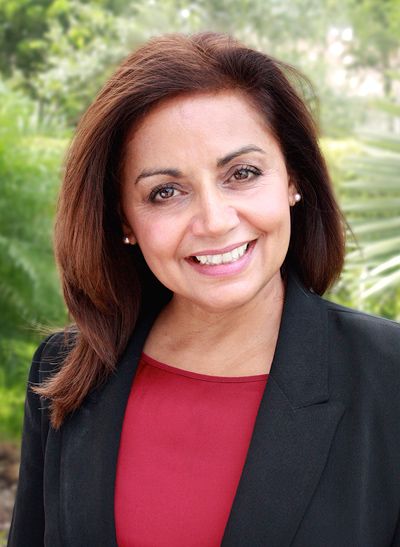 Women currently account for 51.1 percent of the U.S. population, and as a reflection of many companies’ customer base “women directors can also bring newness and change to the firm itself and how it competes in the marketplace," she says.

Pissaris also found that women have more influence on the board when they own more shares or have longer tenures, allowing them the clout needed to change the status quo in a firm’s approach to competition.

“That’s where differences show up,” she adds. “Power isn’t exercised by simply being a board member – it’s exercised through contributing to decisions and influencing other board members to go in a particular strategic direction.”

The research, published in the Journal of Business Diversity, tracked the number of females at the individual director-level, board-level and firm-level for all S&P 500 firms from 2002 through 2017 using the Institutional Shareholder Services database, Board EX data and Compustat Capital IQ data. In all, 20,424 firm years were examined.

Findings show that 87 percent of S&P 500 firms in 2017 had at least one female director, up from 65 percent in 2002. However, the median number of women on boards increased from one in 2002 to two in 2017 while men remained consistent at eight members. In 2017, 6 percent of female directors occupied board chair positions.

“Historically it’s been all-male boards and when they look for a replacement, they naturally identify people who look and behave like them,” Pissaris says. “The female candidate pool has also been comparatively thin.”

She notes that despite the gains in female representation on corporate boards and the positive performance, these aren’t as meaningful as they could be.

“Many firms are adding a board seat to incorporate a female member – but they are not reducing the number of male board members,” she added. “This strategy can be beneficial because you don’t have to wait for a male director to turn over. But then, male directors continue to outnumber female directors by a large margin.”

Pissaris concludes: if companies are sincerely invested in having more female board members, they need to formalize this commitment as a company goal; set a timeline for its achievement; increase the female candidate pool by standardizing the desired skillsets; and collaborate with external consultants or advocacy groups who can tap into appropriate female candidates.

Will the gender gap in corporate boardrooms close?

“The progress is very slow… look, we’re in 2021 and still having this gender conversation,” Pissaris says. “It’s going to be a long time before we have parity.”