Two researchers became hooked on the idea of sharing their love of fish with the social media world. But unlike most scientists who take on the job solo, these two teamed up.

Melanie Esch and Peter Flood – biology Ph.D. candidates in the FIU Institute of Environment – make up the duo behind the science communication Instagram account (@the_fishologists) geared toward both marine science and freshwater science audiences. Both Esch and Flood study invasive species — Esch in the Caribbean and Flood in the Florida Everglades.

Born and raised in Michigan, Esch was always close to a body of water, but the Great Lakes’ cold winters made it hard to enjoy the water year-round. Esch and her family often spent time on Florida’s beaches exploring the ocean and the creatures within. Flood grew up on a peninsula between the Elk and Northeast Rivers at the head of the Chesapeake Bay, where fresh seafood, particularly Maryland Blue Crab smothered in Old Bay, was a staple. His love for animals made him want to become a responsible steward of the world’s natural resources.

Esch and Flood met in 2017 in their Advanced Ecology: Populations and Communities class. Thinking back to the first day of class, Esch says remembering was so effortless for Flood.

“He could remember everything he ever read,” Esch said.

“Translation – I was a nerd,” Flood joked.

When the pandemic hit and the duo couldn’t travel to conferences, they found another way to share the critical role smaller fish play in our ecosystems.

“It’s not very unique to have a scientist create a page and spread word on their research and inform people about the issues in the field,” Melanie Esch said. “But it is unique to have a couple do that.” 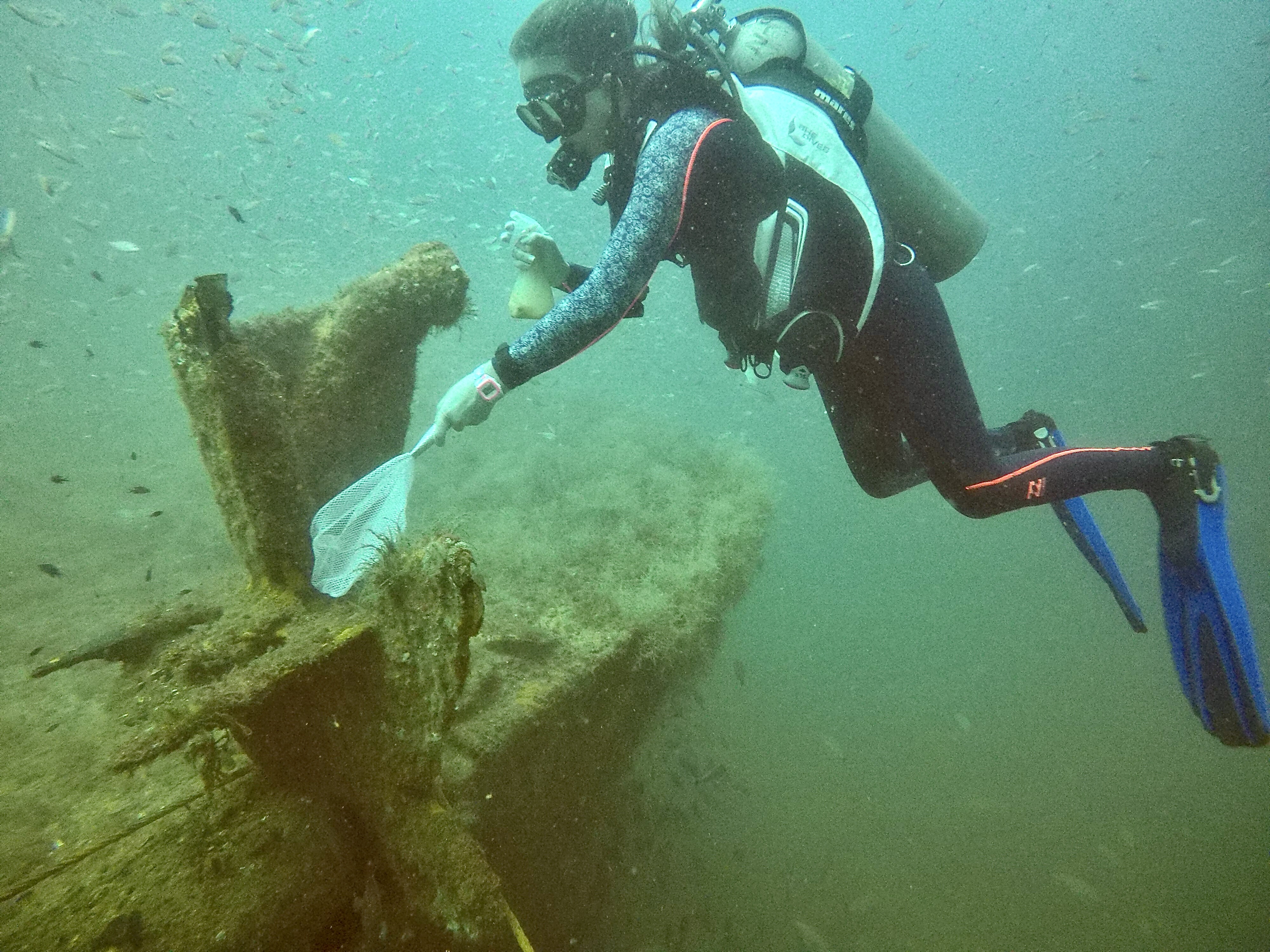 On Mondays, Women Explorers awardee Esch shares her research through a segment called #MarineMonday. Followers learn about an invasive marine species in the Western Atlantic. No, not the lionfish. The regal damselfish. On Fridays, it’s Flood’s turn with #FreshwaterFriday. As part of the Aquatic Ecology Lab, Flood studies impacts of invasive fishes, including the African jewelfish and the Asian swamp eel on the trophic web and basal energy flow.

“I’m the saltwater person and he is the freshwater person,” Esch said. “It seemed like an easy step to build a joint Instagram account to share our research and have a page for communication because we do have such similar research interests.”

With sights set on graduation, Esch and Flood are ready for what’s next. The two will start different career paths but will still keep up with their Instagram page, which they hope to create a website for one day. For Esch, she wants to be in the field collecting data to inform local communities on how they can use marine resources sustainably. Flood sees himself staying in academia. Professor Flood has a nice ring to it – so does Mr. and Mrs. Fishologist.