FIU students continue to achieve top recognitions. Two Panthers have received renowned Fulbright U.S. Student Program Awards, one in the arts and another for an English Teaching Assistantship, from the U.S. Department of State and the Fulbright Foreign Scholarship Board. Additionally, an alumna has been named an alternate for a Fulbright award.

Brittany Torres Rivera ’21 and Jordan Hill will be packing their bags and traveling abroad for an exciting year of study, research and teaching, all funded by the Fulbright U.S. Student Program — the U.S. government’s flagship international educational exchange program. As Fulbright participants, they will join a network of thousands, which include 61 Nobel Prize laureates, 89 Pulitzer Prize recipients and 40 people who have served as a head of state or government.

“FIU has been an active participant in the Fulbright Program for nearly 50 years,” says Ashley Floyd Kuntz, director of Prestigious Scholar Development and clinical assistant professor of higher education. “We have sent and received nearly 300 Fulbright participants across 93 countries."

She added, "Jordan and Brittany’s applications were reviewed by experts in the U.S. and in their host countries. Their selection speaks to their preparation, commitment and enthusiasm for international academic exchange. I know they will represent FIU and the United States with integrity and excellence while abroad.”

Torres Rivera will immerse herself in Spanish culture while teaching English in Madrid. The FIU Honors College and English alumna will share her passion for language, writing and linguistics with students while exploring her own sense of cultural identity and its connection with language. A Puerto Rican and native Spanish speaker, Torres Rivera will learn more about her cultural roots and hone her Spanish-reading and -writing skills.

“I have always wanted to go to Spain,” she says. “It has been number one at the top of my list of places to visit. My obsession with language stems from my identity, and it is the pillar around which I have built my education.”

While at FIU, Torres Rivera worked as a peer writing tutor at the Center for Excellence in Writing (CEW). She also interned for the FIU Honors College and, in that role, wrote several stories for FIU News. In 2021, she earned first place for poetry and runner-up for fiction in the undergraduate category of the FIU Literary Awards. She graduated with a 4.0 GPA.

She has worked as an English teacher for international students at the New York-based EF Education First. She also writes a blog for the University of Notre Dame, called Letras Latinas— an opportunity she found thanks to a connection made by one of her creative writing professors, Richard Blanco, who recently became Miami-Dade’s first poet laureate.

Her education at FIU, Torres Rivera says, has played a crucial role in her journey.

“I 100% believe I would not be a Fulbright student if it weren’t for FIU,” she says. “Tutoring at the CEW and learning from [supervisors] Drs. Xuan Jiang and Glenn Hutchinson, motivated me to think about teaching as a possibility. The classes that I took with professors, including Richard Blanco, Anjanette Delgado…everyone had a hand in my growth as a writer. They continue to push me to this day. I still keep in contact with a bunch of them.”

After completing the Fulbright program, she is considering pursuing an MFA in creative writing — possibly at FIU. 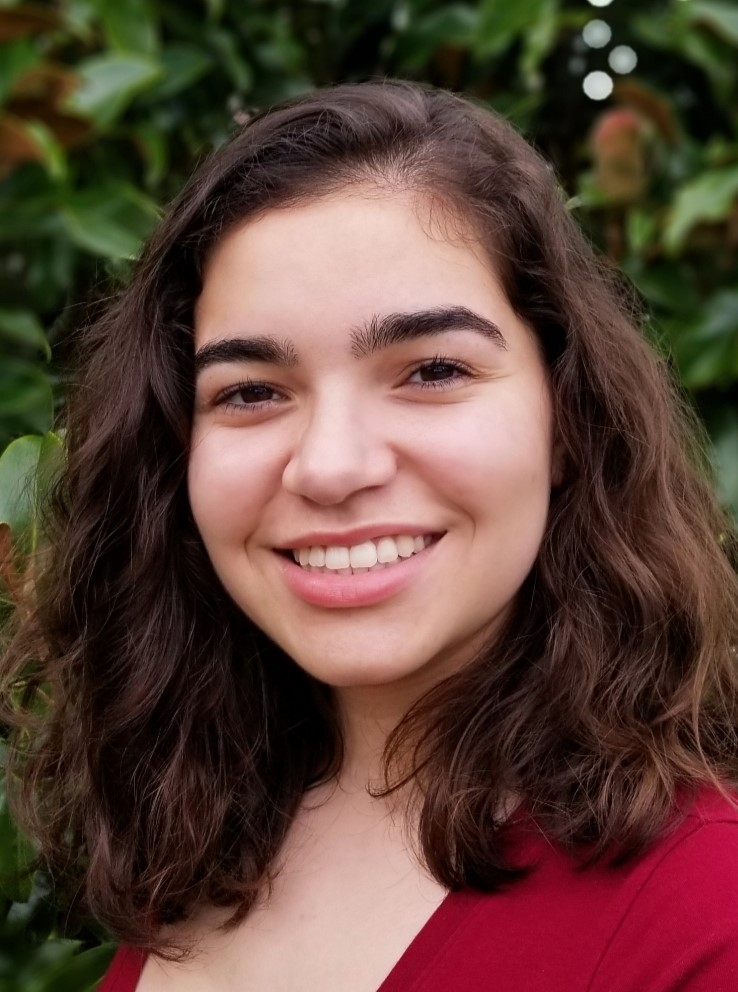 Jordan Hill believes that writing has the power to change the world. Thanks to the Fulbright award, he’ll be creating a novel to raise awareness about one of his passions: the health of the planet.

Hill began his Master of Fine Arts in Creative Writing at FIU in 2018 and is currently an adjunct professor at the university. For his Fulbright project, he’ll visit various locations across the Italian island of Sardinia, learn about the effects of climate change on the island and write a novel made up of interconnected, short stories about the topic.

“Climate change is going to be the largest problem affecting my generation for decades to come,” Hill says. “It hasn’t received the attention that it deserves politically. If my art can contribute to drawing attention to it, even convincing one person to take it more seriously, I have done my job.”

He says traveling to Sardinia — which has experienced the effects of climate change (most recently a devastating wildfire in 2021) — is an incredible opportunity that will help him deepen his artistic vision.

“Ultimately, I just want to explore stories that grapple with empathy,” he says. “I think people coming together in the face of these natural disasters caused by climate change is an interesting topic. The places mentioned in the novel will be factual, but I will be crafting fictionalized characters and tying in together information and anecdotes into an accurate and captivating representation of Sardinia’s people and their resiliency.”

Hill’s works have been published in various magazines and literary journals. He earned first place for his fiction and poetry in the graduate category at the FIU Student Literary Awards and was the recipient of the Lawrence Sanders Fellowship at FIU. He was a reader for the Gulf Stream Magazine, which is run by the Creative Writing Department and its students. He was also a script reader and intern for the Los Angeles-based Mazu/Kaplan Productions, which adapts books for film and television and was founded by award-winning producer Paula Mazur and nationally recognized bookseller Mitchell Kaplan.

He will begin his Fulbright adventure in September. 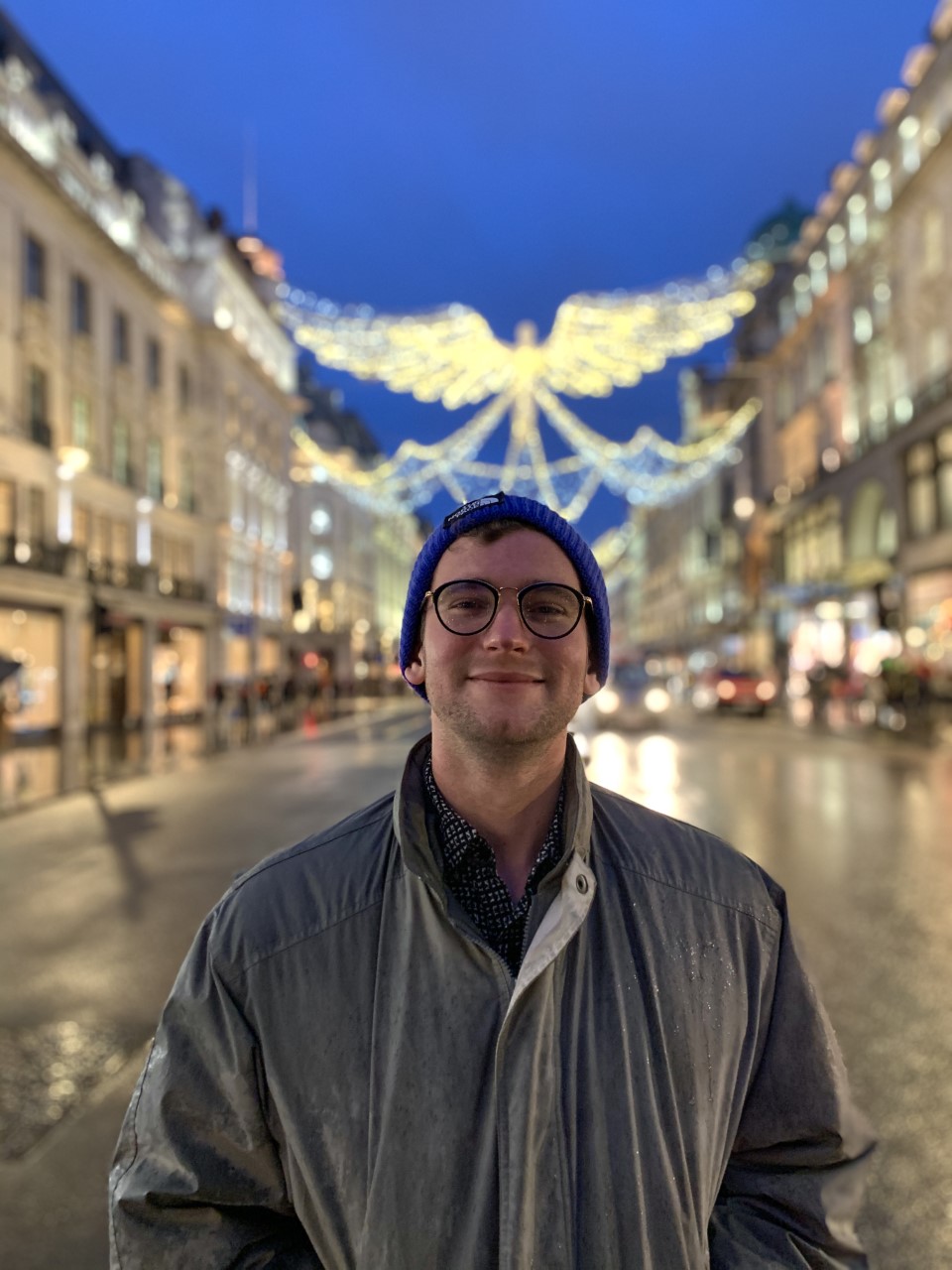 Researching AI in the judicial system

Teresa Schuster ’22 is an alternate for the Fulbright award. That means if more funds become available, she may be selected for the award.

If so, Schuster would travel to Estonia to research the country’s pioneering use of artificial intelligence (AI) in its judicial system. Specifically, she would study how the use of AI impacts the public’s perception of judicial transparency and fairness. She began studying this topic while volunteering for a youth court program in Miami and decided to continue her research in Estonia while participating in a summer program in law at the University of Tartu in 2021. As a Global Learning Fellow at FIU, Schuster also researched the transparency of algorithms used in U.S. judicial systems.

“When using algorithms in judicial systems, we have to balance accuracy and transparency, maximizing both,” Schuster says. “I’m interested in ways we can harness technology to improve courts’ accountability to the people.”

She participated in programming through FIU in Washington, D.C. — the university’s hub in the nation’s capital — while interning at the Heritage Foundation, where she learned about regulatory and social reform programs. During the internship, Schuster worked with researchers on projects studying the federal Child Tax Credit (which helps families get a tax break), Medicare, Medicaid, education policy and civil rights law. In the spring of 2022, she interned with Congressman Chip Roy and became a Hamilton Scholar through FIU in DC. As a Hamilton Scholar, she took the Washington Seminar, an FIU Honors College course, and advocated before the Department of Energy on behalf of FIU AI research being conducted in the College of Engineering and Computing.

Schuster says her time at FIU — including with FIU in DC’s team and the Global Learning team — was invaluable in helping her refine her career goals and shape her views on education policy.

Her internship in D.C. led to a job opportunity this spring. She began working as the press assistant for Representative Chip Roy in April, before graduating from FIU this May.

Students and alumni who'd like to learn more about Fulbright can contact prestigious@fiu.edu and/or access resources through a free, no-credit/no-grade, online course on FIU Develop, designed to help Panthers applying for the Fulbright U.S. Student Scholarship.